It was my mother-in-law’s birthday, so I made her two arrangements for her country house in the backwoods of New Hampshire.  This calming collection of blues and purples includes hydrangea, delphinium, monkshood and lisianthus…and white roses and white lilac, with a little bupleurum and curly willow thrown in at the end. 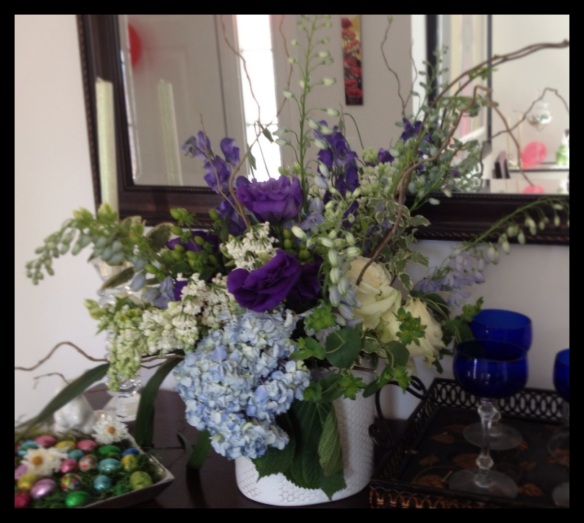 The second arrangement I made was more of an Easter arrangement, with yellows and pinks, including foxtail lily or eremurus, stock, sunflower, daffodil, peony, and tulip. 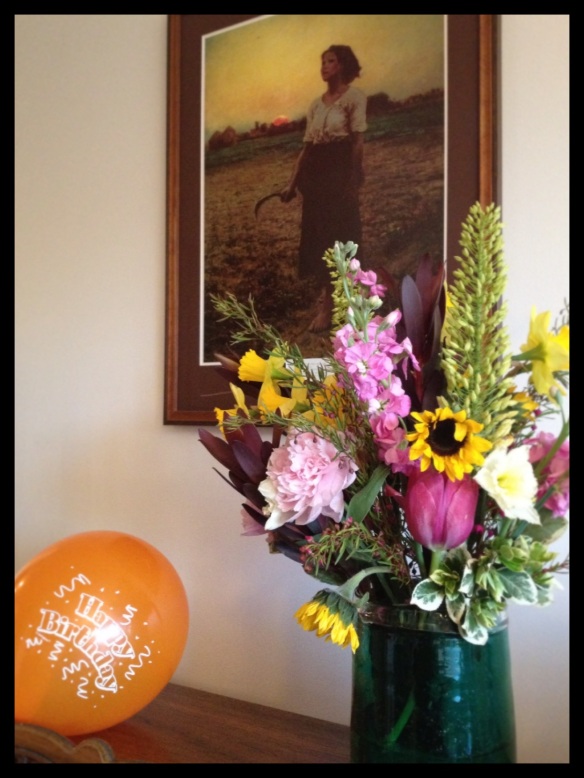 Rutha was also really happy to receive a garden gnome who will give her a bit of luck out in her garden beds.  (I guess I sort of believe in gnomes, since the Gnomes book was always lying around our house growing up and it’s so convincingly written and drawn.)  Here she is reading another of her presents, Cat Fancy Magazine. 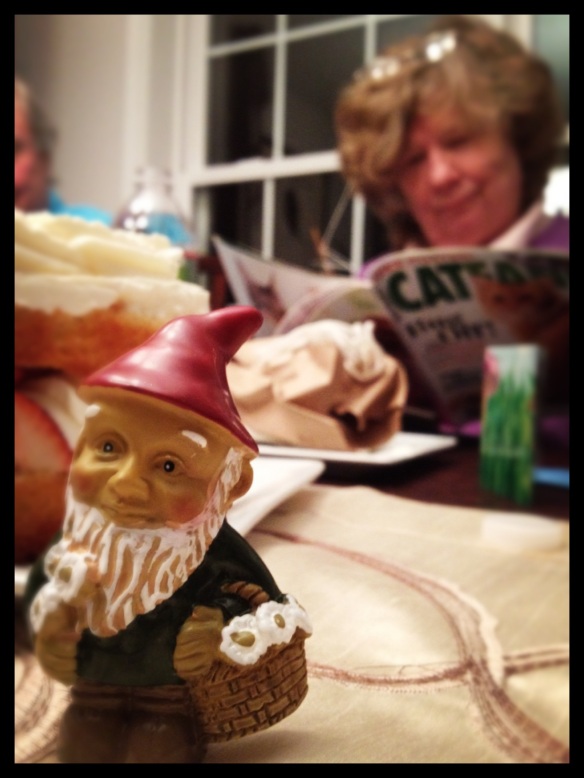 While visiting, we always try to get out for some walks since the air is so clean. On this  afternoon’s constitutional, I saw this cute little yellow flower in bloom, looking a lot like a dandelion…but not quite.  I knew it was in the Aster family, but that’s about it!  Later I looked it up and found out it’s Coltsfoot, or Tussilago farfara.  It’s often found along roadsides and in ditches, and is not native to North America, brought here by settlers from Europe who used it medicinally as a cough suppressant.  (Some still do.) 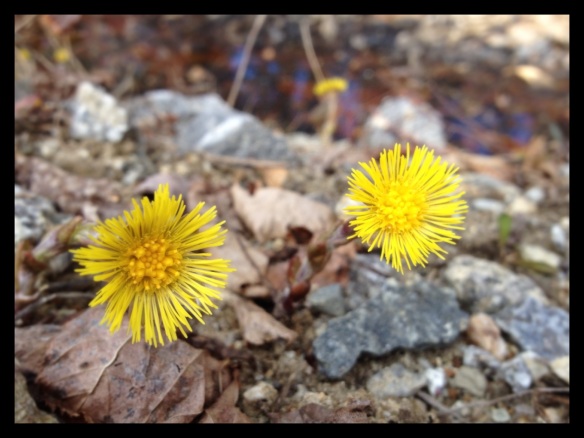 But some of the real country action happened while we were sleeping.  We gave Robert, my father-in-law, a Bushnell motion-activated infrared camera (with audio!) for Christmas this year.   He strapped it to a tree a little ways into the woods near their house.  So far the camera has captured a host of wildlife including fisher cats, squirrels, chipmunks, foxes, curious crows, and even a neighborhood dog.  But a few days ago a coyote showed up, and here she is caught on camera!

I just love the way she peeks around the tree towards the end.

P.S. Check out the Soulsby Farm’s recent post on coyotes…lots of great info there.