So much is blooming and growing outside right now, plus I got a new camera, so…you can imagine I want to capture as much as possible.  But I also want to be learning.  What am I learning by taking pictures?  I guess I’m learning how to look at the world through a lens.  My perspective/perception is in flux.  I’ve appreciated nature for a long time, but trying to capture its many colors, textures and patterns is much more complicated than it looks.  It’s a magical process, taking a picture.  You think you see one thing, and then you look through the lens and it’s very different in there; it forces you to frame up one part of the world for a moment in time. 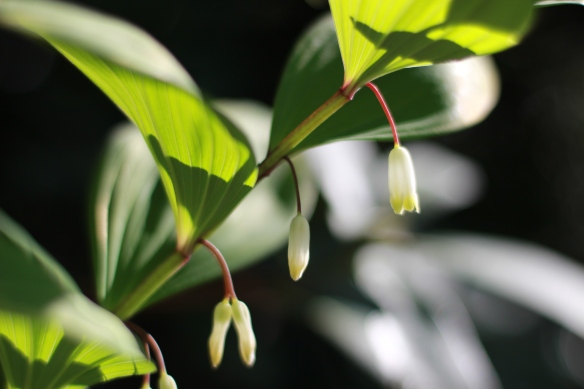 little white bells of solomon’s seal, did i ever notice the red stems before?

Do you know how Solomon’s seal got it’s name?  Don’t quote me on this, but apparently King Solomon had a special seal that looked like a pentagram or hexagram; and it’s thought that when the plant’s stem is broken away from the root, the circular star left behind resembles that very seal.  I’ll have to look for the cicatrice next time I dig some up.  It’s botanical name is Polygonatum biflorum, and was included in a Plant of the Week segment I produced for Martha way back when.  And while I’m not a big bible reader, I love this quote from Song of Solomon: “Set me as a seal upon thine heart, as a seal upon thine arm: for love is strong as death; jealousy is cruel as the grave: the coals thereof are coals of fire, which hath a most vehement flame.” 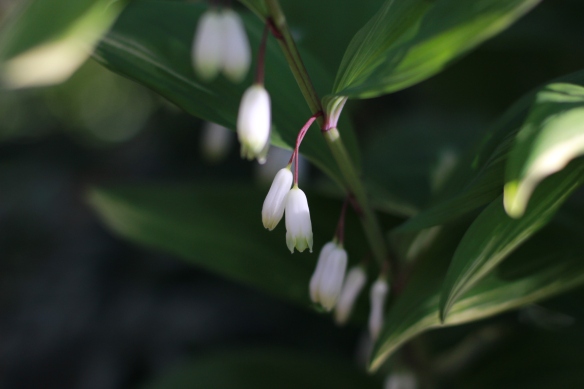 Other plants are named for more obvious reasons… 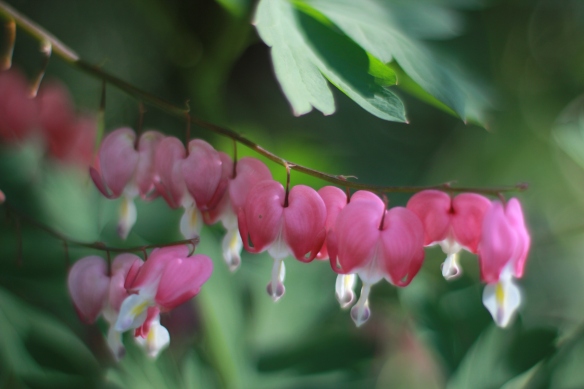 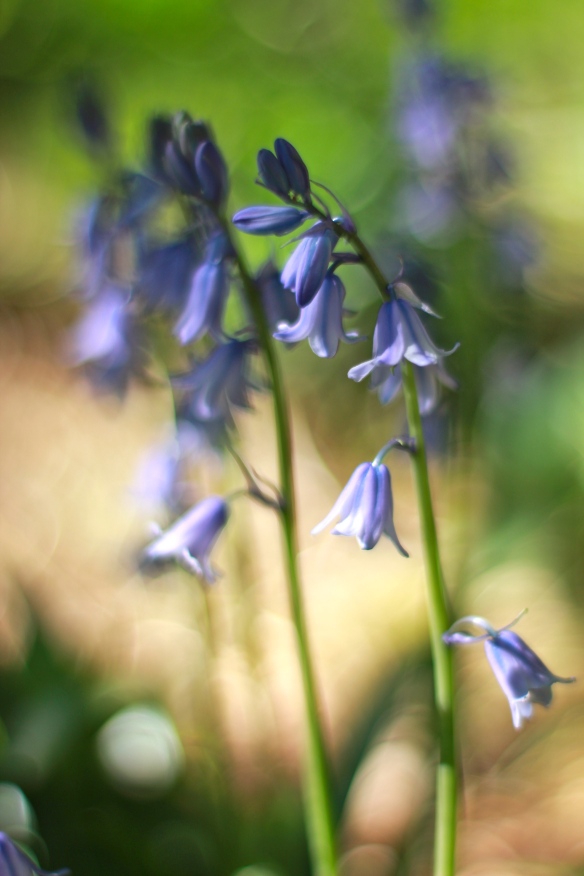 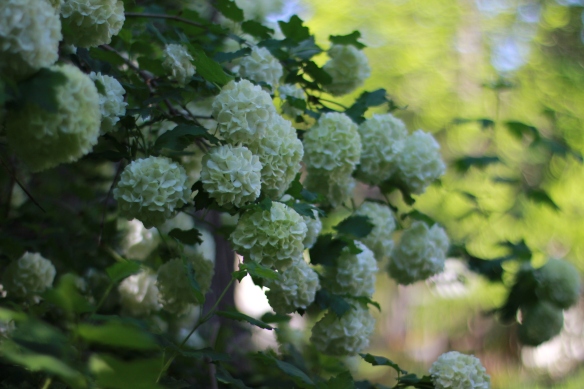 Snowball viburnum makes a great cut flower.  If you get them while they’re still chartreuse they’re extra delicious.  Cut them and let them soak in water for a few hours before you use them in a design. 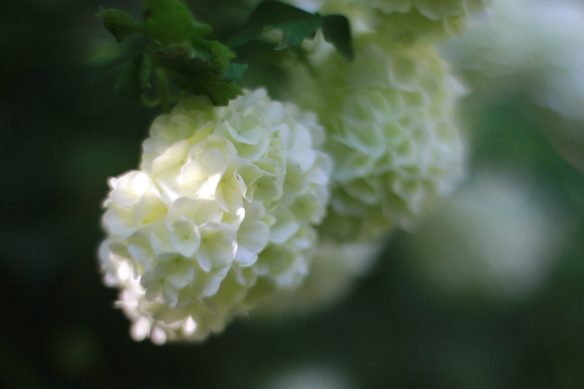 Then there is this one lone Black Parrot tulip, leaning dark and frilly in a sunny spot behind the birch.

It didn’t want to be discovered, or even photographed.  But I celebrate what could be the last year of its blooming with this picture.  After all this garden photography, I feel dizzy. Who knew what treasures I would find inside the camera, with the rest of the world slowed down to the click of a button.  I focus.  I breathe.  And there – there it is – I appreciate the miraculousness of it all.

5 thoughts on “a walk around the big house”