Taking a walk today at the Scott Arboretum, I was counting myself extremely lucky to be at such close distance to these grounds.  I’ve taken many (dog) walks here, and there’s always something to see whatever the season.  It’s especially exciting to watch the landscape return to life after the dormancy of winter, and noticing the little signs that spring will come (eventually) fills one with a sort of buoyancy.  The tinge of pink of this Higan Cherry tree starting to bud caught my eye. 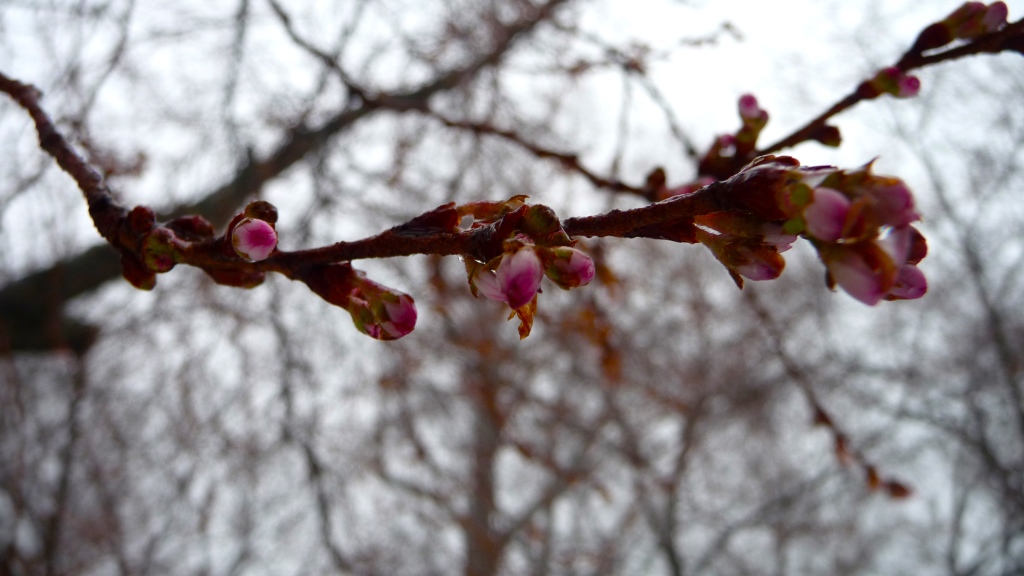 Over the next hill, a flowery fragrance wafts towards me on the foggy misty air.  What could it be? It’s so promising, and clean.  Ahh…it’s Witch Hazel! I filled my nose with it’s bright scent while marveling at the strappy little punk rock petals, bursting lemon yellow from their red bud shells like party favors.

It’s formal name is Hamamelis mollis ‘Early Bright,’ a cultivar of Chinese witch hazel which was actually introduced by the Scott Arboretum in 1988. They noticed one particular plant which consistently bloomed about two weeks earlier than it’s neighbors, and over several years selected, named, and released this winter beauty.  Here it is blooming in late January but it’s been known to bloom during the first few weeks of January. 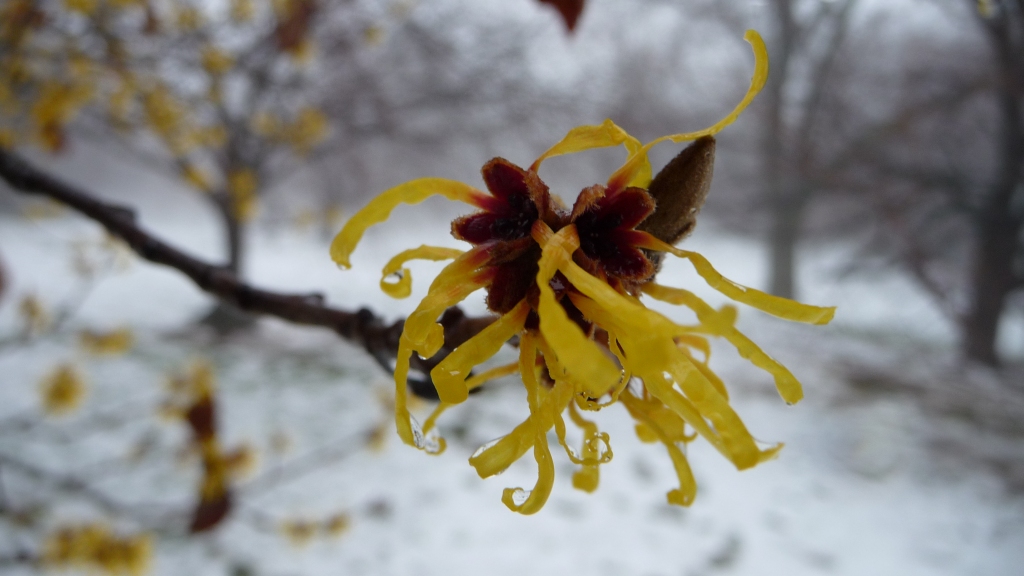 Among those responsible for this fine introduction is Andrew Bunting, now Scott Arb’s Curator and owner of Fine Garden Creations, a company I worked for in 1996/1997. I consider Andrew and his team responsible for getting me started on my journey into the world of horticulture, a world I’ve been sadly distanced from in my profession as TV producer. 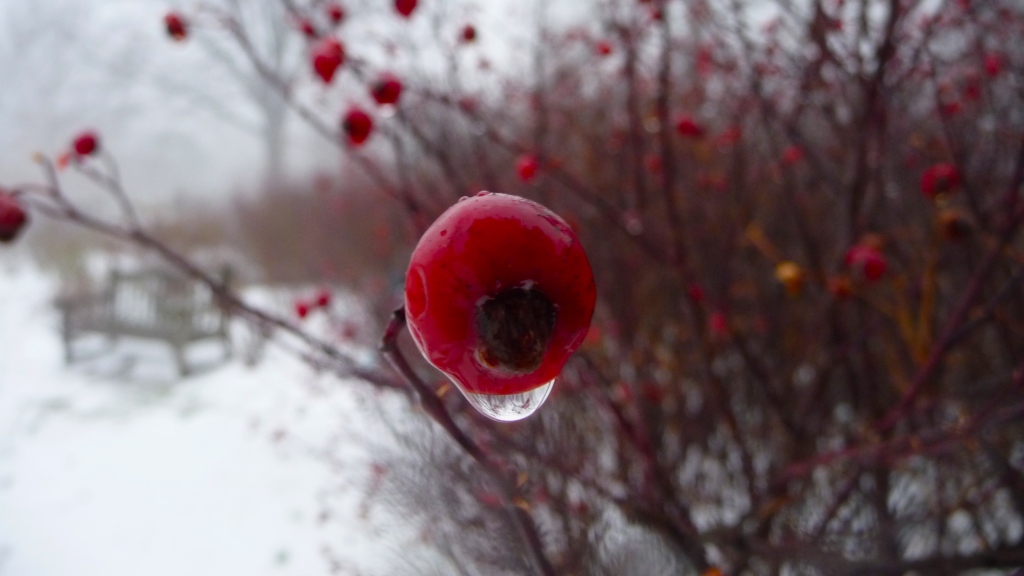 But witnessing the bravado of buds and fruits in the winter landscape, my spirits are lifted.  There is rebirth, change, growth all around us.   I can grow and change too, and I am, and I will.  I spent a moment really examining these plants, and took in their scents and colors, and when I walked away I think maybe I learned some kind of lesson, that the cycles which govern every living thing also govern me; and that when I feel connected to Nature, I am more alive and more myself. 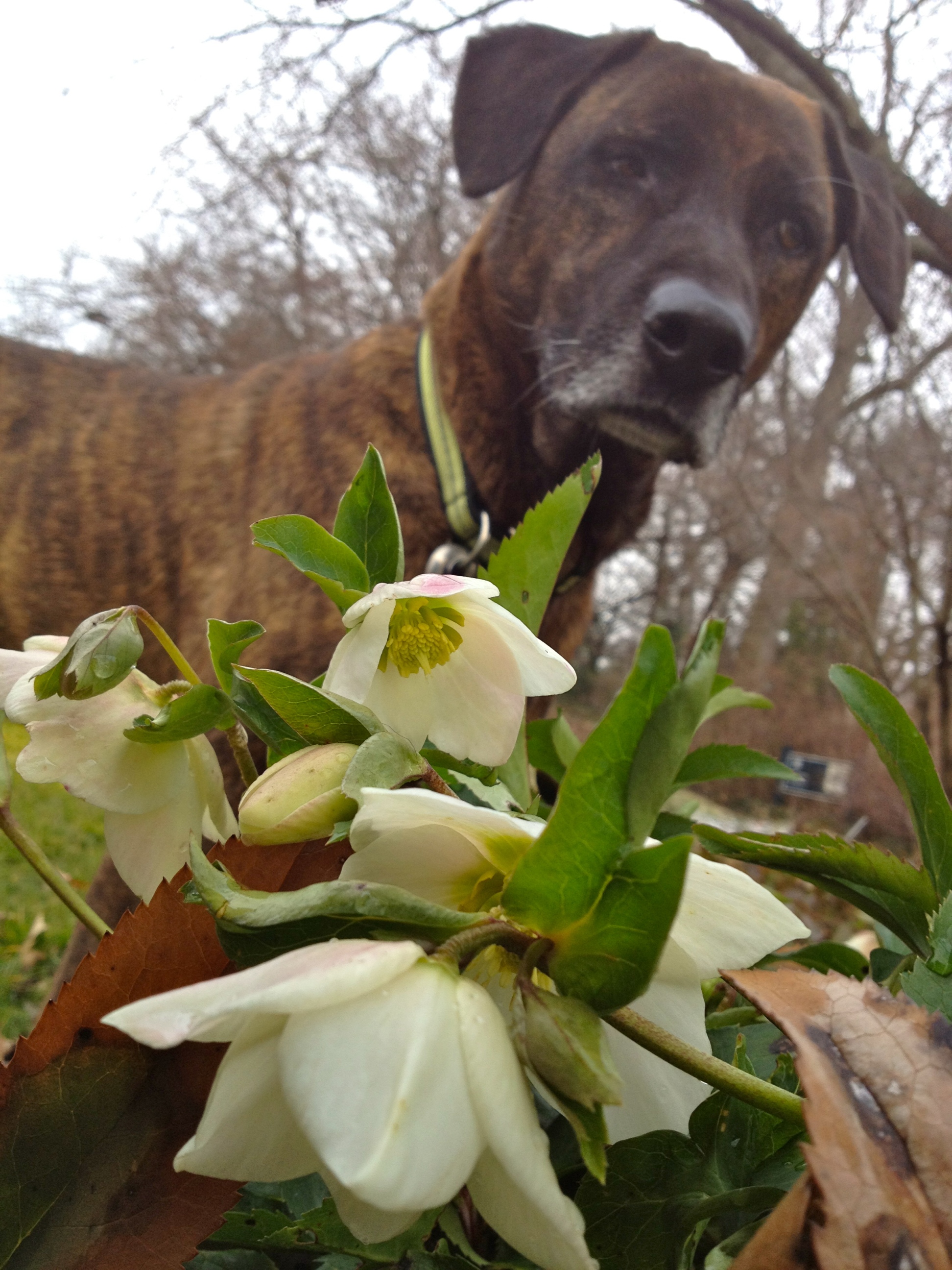